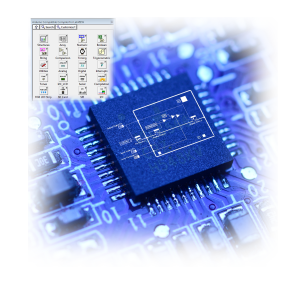 Arduino Compatible Compiler for LabVIEW awarded 2015 Product of the Year by the National Instruments Tools Network!!

An Arduino Compiler for LabVIEW

The Arduino™ compiler for LabVIEW  is a product based on LabVIEW (Laboratory Virtual Instrument Engineering Workbench) by National Instruments. LabVIEW is a graphical programming language that uses icons instead of lines of text to create applications.

The ArduinoTM compatible compiler for LabVIEW is a compiler that will take a LabVIEW program and compile and download it to ArduinoTM compatible targets.  The downloaded code will execute embedded and standalone on the Arduino target.  This is very unique and an important step beyond existing products that only provide a way to have LabVIEW function as a simple user interface to a running sketch on an ArduinoTM board.

Join the growing user community at the product support forum. Download the product User Manual and the full-featured product in evaluation mode for seven day.

Any original Arduino™ hardware can be a target for this Arduino Compiler for LabVIEW. However, the following boards have been fully tested with the compiler. Other boards may work, although they have not been officially tested and are not supported.

In case your application requires more horse power than an Arduino micro controller can provide, we are also working on a couple of hardware targets where you can deploy LabVIEW to run embedded. The TSX-REC4 and the TSX-MULTIRT. The former is a Linux based Quad-core ARM processor and includes 20 fully reconfigurable channels. Each of the channels can be configured via a web application to be either analog input, analog output, digital input, digital output or even an analog switch. The latter is a Dual-Core ARM processor running Linux which includes two powerful micro controllers sharing the same memory bus with the ARM processor. This architecture allows LabVIEW RT to be deployed to run embedded, with real time performance.

Get Updates Directly to Your Mailbox

Fill in your email address below, and we’ll be in touch with news and updates on the Arduino™ Compatible Compiler for LabVIEW.

Arduino™ is a registered trademark of Arduino.

If you missed NIWeek 2016, this is a video with the entire section we gave entitled – Combining the Power of LabVIEW and the Arduino Platform.

Download the full-featured product and use it in evaluation mode for seven days!